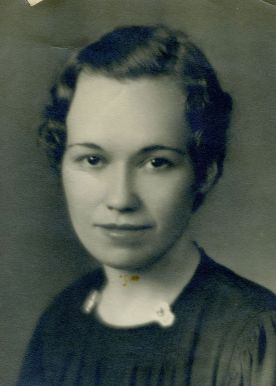 A beautifully manicured red fingernail just tapped me on the shoulder. Hello, Ruby! Yes, it’s your turn now! The second oldest of my four grandparents is my mom’s mother, Ruby Kathleen Melbra George. Ruby was born in Cuba, Illinois (pop. 2,000) on April 6, 1908, to Arthur George and Esther Yemm. Esther broke with tradition when she named her daughter Ruby—Ruby’s mother, grandmother, and great-grandmother were all named Esther or Hester. Could Melbra have come from Esther’s English friend, Melborough Adams Grindle? In Esther’s cockney accent, Melborough would have sounded like Melbra. (Some thirty years later when both were widowed, Esther would marry Jim Grindle, Melborough’s husband.) 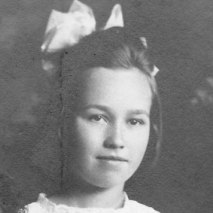 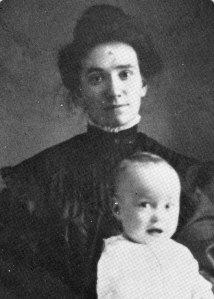 Grandma Ruby was the oldest of three children. Soon after she was born, her father went west to work and was gone for several years. During that time, Esther worked at the Cuba House Hotel, a time Ruby remembered fondly. She was the darling of the traveling salesmen who stayed at the Hotel when they passed through town and who often brought her candy or little trinkets. When Arthur returned to Cuba, Ruby’s brother Ken and sister Eileen were born, in 1915 and 1916, respectively. Arthur died in the 1918 Influenza Epidemic when Ruby was 10 years old. Ruby graduated from Cuba High School in 1926, packed her bags and moved to the big city of Peoria, Illinois (pop. 67,000) to attend Brown’s Business College. 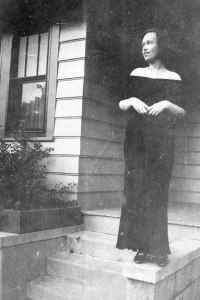 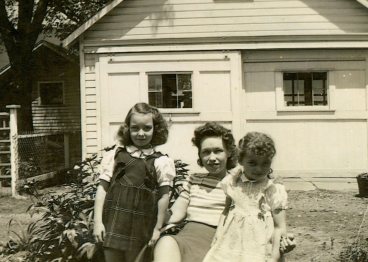 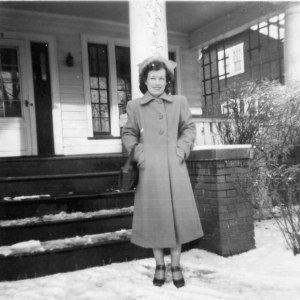 Ruby married Edward Ernest Cannaday on June 21, 1930, in Joliet, Illinois. Ruby and Ed had two girls, Sharon and Carol. But for a brief stint in Tennessee, Ruby lived in Peoria the rest of her life. When the girls were still at home, the family lived in the East Bluff area of Peoria. The house at 317 Frye Avenue was a family favorite. After Ed died in 1956, Ruby lived in beautifully appointed apartments on College Street (near Bradley University), historic Roanoke Avenue, and finally Beverly Court. 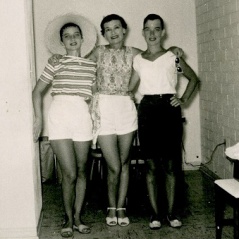 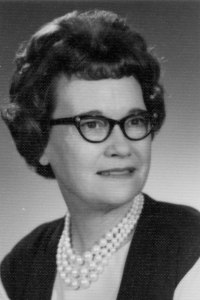 Ruby was ahead of her time, a modern professional woman. Fresh out of college, she worked as a personal assistant for an insurance executive. Later, she worked as a secretary for the interior design department at Cohen’s Furniture Company. Ruby’s professional career culminated in a long-term position as an office manager for Dr. Canterbury, an orthopedic surgeon.

For more than 25 years, Ruby enjoyed the company of her friend, Bernard “Mac” McReynolds. Grandma Ruby died on November 6, 1984, at the age of 76. 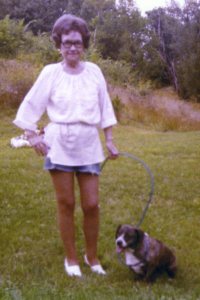 Grandma Ruby was confident, courageous, independent, and direct. Ruby was a picture of fashion and sophistication in her pencil skirt, high heels, and cat-eye glasses, cigarette in hand. She drove a sporty little white ’67 Camaro RS—the envy of many a teenage boy then and now! She had an odd-looking brindle mutt named Taco and identified his breed as “Mexican border dog” if anyone was gauche enough to ask. Grandma Ruby was a serious bridge player, but she was always up for a game of double solitaire or gin rummy. Her Sunday evening ritual was watching Mannix (she thought Joe Mannix was a pretty handsome guy) and The F.B.I. with Efrem Zimbalist, Jr. 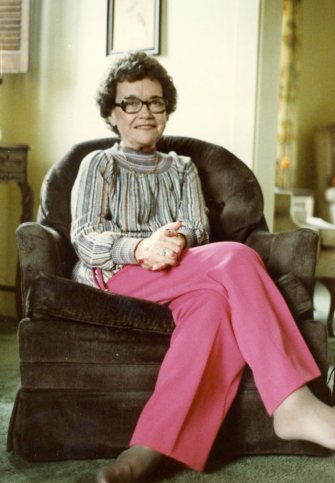 Share one of your favorite memories of our dear Ruby!